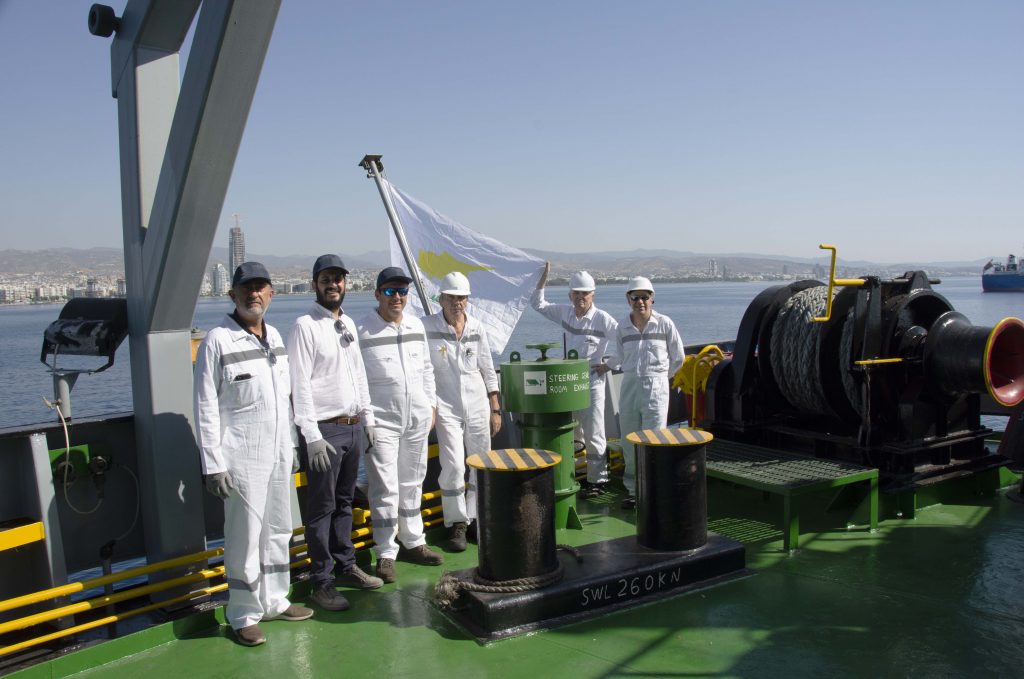 Petronav Ship Management (PSL) and the Cyprus Marine and Maritime Institute (CMMI) signed today a Memorandum of Understanding (MoU) that will enable the two organisations to collaborate and build strong bonds for the future. Beyond strengthening the already excellent relationship between the organisations, the MoU will allow the exchange of ideas, resources and facilities, especially in the fields of ship management, marine bunkering, anti-pollution as well as research and development taking into consideration the constant presence of PSL ships in the port of Limassol.

The signing ceremony took place on board the M/T Alexandria, an Oil Tanker vessel managed by PSL which carries anti-pollution equipment and is among the fleet of vessels recruited by the European Maritime Safety Agency (EMSA) to respond quickly, effectively and efficiently to oil or chemical marine pollution incidents from ships and oil and gas installations.  M/T Alexandria strengthens EMSA’s oil-spill response coverage of the Eastern Mediterranean Sea, a sensitive sea area given its proximity to major oil transport routes transiting the Suez Canal, and those originating in Black Sea and Middle Eastern ports.

During the signing of the MoU, the General Manager of PSL, Demetris Charalambous, stated: “It is with great pleasure that we are signing this MoU. We have been following the CMMI since its inception and feel proud to be able to assist this endeavour for excellence.  Innovation is a key driver in the maritime industry, especially as we attempt to reach sustainability through “green growth”. This is, among many others, one of the significant challenges we face, and we are committed to put forth the effort and resources needed to assist the CMMI in its research.”

The CEO of CMMI, Zacharias Siokouros expressed his satisfaction for the signing of the MoU with PSL. “I know the company, its people and their capabilities.  I also know PSL’s fleet very well and I am confident that there are a lot of opportunities for cooperation”. He further stressed that “CMMI remains committed to its aim to become a partner of choice for all relevant blue economy research and innovation activities at the local, regional, European, and global levels”.

About the Cyprus Marine and Maritime Institute (CMMI)

CMMI, is an independent, international, scientific and business Centre of Excellence for Marine and Maritime Research and Innovation that aims to be driven by the needs of the industry and society in addressing the major challenges that the respective sectors face. CMMI, was established in 2019 following its selection for funding under the EU’s HORIZON 2020 Programme, Spreading Excellence and Widening Participation Call, after a three-year highly competitive evaluation process among approximately 200 proposals at EU level. It was awarded €30 million funding from the EU Commission and the Cyprus Government while more than €25 million are to be provided by partners and industry and academia stakeholders mainly as in-kind contributions.

Petronav Technical Manager Marios Drousiotis is the recipient of the YoungShip Cyprus Honorary Award for the y...

Effective as of 26 October 2020, Mr. Charalambos Argakiotis will be joining Petronav Ship Management Limited i...

Mr. Demetris Charalambous will be joining Petronav Shipmanagement Limited in the position of General Manager, ...

Capt. Paris Dimitriou has over 17 years of on-board experience as well as approximately one year experience as...

Founded in 1992, the company primarily dealt with the marine bunker, lubricant supply and trading. Island Oil ...

Headquartered in Limassol, Petronav Ltd is part of a group of companies mainly active in the marine and domestic fuels sector.